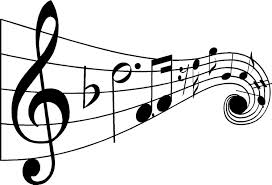 Every piano teacher occasionally encounters a curious student who just has to know more about a particular music history topic or term, or some facet of the piano.   Often we’re caught off-guard and don’t have a formulated answer ready for questions like:  “Who invented the staff?” or “Why are there 3 pedals?” This 2-minute History post about the music staff is the first of a series of posts dedicated to helping you sort out the gnarly details in order to provide a knowledgeable, yet brief explanation. Today’s post is provided by James Syler, composer, who teaches at The University of Texas at San Antonio.

Today’s 5-line staff has become universal for notating music, but arriving at this point was a long journey.  The notation of music has been around a long time. In Iraq, a tablet believed to be from about 2000 BC was found that included notation for music performers. It’s believed the ancient Greeks were using musical notation as far back as the 6th century BC.  Music notation systems have taken many forms over the years, like Cipher notation, Neumes, Solfege, Tablature, Braille music, graphic notation, and the current use of Rap music notation in the form of a “flow diagram”.

In the Western world, notating chant for use in the church was a challenge. Neumes became the preferred notation throughout the Middle Ages and consisted of a symbol that indicated the upward or downward direction of a melody. This was helpful, but not complete.

Eventually a clever Italian monk named Guido of Arezzo at the monastery of Pomposa, noticing that the singers were having difficulty remembering the chants, devised a 4-line staff of lines and spaces for pitch, and a system of syllables from a chant that corresponds to the first syllable of each line to produce an ascending 6-note scale: Ut, Re, Mi, Fa, Sol, La. It all worked very well. 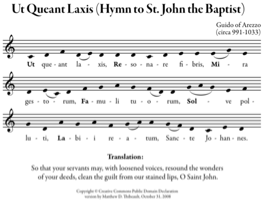 So the old Neumes were out, and the staff was in. Guido compiled his thoughts into a treatise known as the Micrologus dating from about 1026 and quickly became famous throughout Italy. He died a few years later in 1033.

In time the 7th scale degree of Ti was added and Ut was replaced with Do for ease of singing and the solfege system was born (not to mention the pain and suffering of many a music major in aural skills classes!). As more pitch range was needed beyond the typical vocal range, another line was added and the 5-line musical staff became almost universal by the 1500’s.

It took a long time for today’s staff to arrive. It has served us well, and I suspect will continue to do so for many years. 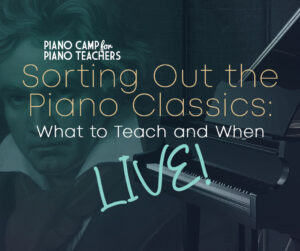